The Fall of Anne Boleyn (Day 4): A Tudor Sex Scandal 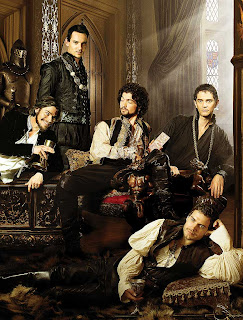 A look at the public's initial reaction to the news that Anne Boleyn had been imprisoned in the Tower and the arrest of her fifth "lover," Sir William Brereton.

"By May 4th, the news that the Queen had been arrested and was imprisoned in the Tower was spreading rapidly throughout London and its surrounding areas. It was known that several men had joined her in captivity, although there was some degree of confusion about who they were and if they were all charged with the same thing. Some assumed that the Queen was accused of treason, not adultery, and that she had been caught attempting to plot the assassination of her husband. In a letter to his brother in Wales, the London lawyer, Roland Buckley, incorrectly asserted that the Queen had been imprisoned on a charge of High Treason, along with her father, the Earl of Ormonde, her brother, Lord Rochford, her friend Sir Henry Norris and several of her favourite ladies-in-waiting."