The Fall of Anne Boleyn (Day 7): Her Majesty would like to pray 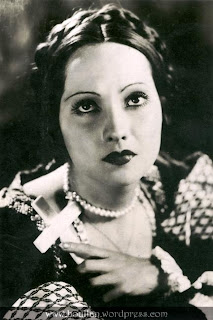 The fifth day of Anne Boleyn's imprisonment was the first Sunday she spent in the Tower and the Queen's demand that she be allowed access to her priests and the Sacrament provoked yet another spat between the imprisoned royal, her gaolers and the government.

"... the Queen’s repeated insistence that the Sacrament be brought to her rooms ... posed a plethora of problems for the government. Since she had not performed penance for her abominable crimes, it would have been highly inappropriate for an adulteress to have the Host displayed in her rooms. The Queen, on the other hand, did not consider herself tainted by sexual sin and therefore, she could not understand why the Sacrament was not being brought to her, as requested. Aside from the fact that he did not like the visual of the Queen prostrate before the Sacrament, which would conjure up unwelcome images of a doomed, pious heroine, Cromwell also could not run the risk of being forced to answer awkward questions about the display of such a holy object in the room of someone who – officially – was still an unrepentant harlot. If Kingston brought the Sacrament to her, as asked, there were bound to be questions about why he had been allowed to do so and it would make the government’s case against the Queen even weaker, certainly in terms of the public relations’ war being waged for the hearts and minds of the ever-cynical Londoners."


Above: British actress Merle Oberon in the role of Anne Boleyn in the movie The Private Life of Henry VIII (1933.)
Posted by Gareth Russell at 17:01